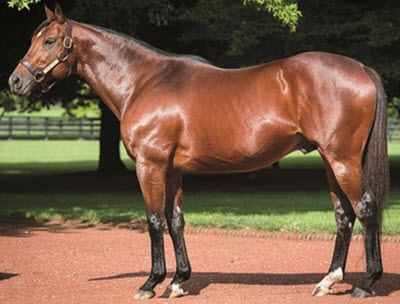 Afleet Alex is a throughoubred who, in 2005, won both the Preakness Stakes and the Belmost Stakes. His story is that of the “ugly duckling” who turned into a handsome bay colored 16 hands stallion with a commanding presence and $2,765,800 in race winnings.

In his short but amazing career, Alex started in 12 races of which he won 8, came second in two (both G1 stakes), and finnished third in one (the Kentucky Derby). Of his eight wins, three are G1 stakes and three are other stakes.

After being diagnosed with avascular necrosis in a leg, Alex was retired from racing in late 2005, and he has been enjoying a successful stud career since then.

Afleet Alex as a foal

Afleet Alex was foaled on May 9, 2002, at John Martin Silvertrand’s farm in Florida. 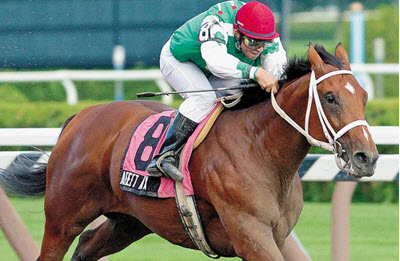 24 hours after his birth his mother became seriously ill and could no longer nurse him. Fortunatelly, the illness didn’t break out directly after foaling, so she had been able to give him colostrum.

Silvertrand sold Afleet Alex at auction as a yearling. Allegedly, the price was $150,000, but this has not been confirmed.

A year after being sold for the first time, Afleet Alex was sold again in the Fasig-Tipton Midlantic May two-year-olds in training sale. The price was $75,000.

In late July 2005, a hairline fracture was discovered in Alex’s front cannon bone, near the ankle. 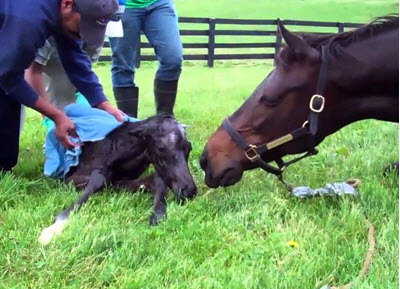 When the fracture was fully healed, Alex returned to the Breeder’s Cup Classic where he put in two bullet works. After that, Time Ritchey decided to let the colt rest from races for the rest of the year to be on the safe side.

Later in 2005, Alex was diagnosed with avascular necrosis, which is a condition where tissue in the bone has died and become brittle. It is very possible that Alex sustained a deep bruise when he nearly fell at the Preakness Stakes, and that this injury eventually casued both the hairline fracture and the necrosis.

On December 1, Tim Ritchey and Cash is King Stable announced that Afleet Alex would retire from his racing career.

After retiring from racing, Afleet Alex became a very sought after sire. When he started his new career at Gainesway Farm in Kentucky in 2006, the initial stud fee was $40,000. Ten years later, he was still working as a stud, charging $12,500 for each successful live cover breeding. By then, he had sired 13 graded stakes winners and 7 Grade I winners in the United States.

Generally speaking, Alex’s progeny have a high stamina but must be given time to mature to show their full potential.

Afleet Alex is named after his sire Northern Afleet and after the principal owner Chuck Zacney’s son Alex.