Humans are believed to have been riding horses for at least 3,500 years, and indirect evidence indicates that horseriding is much older than using horses to pull things. 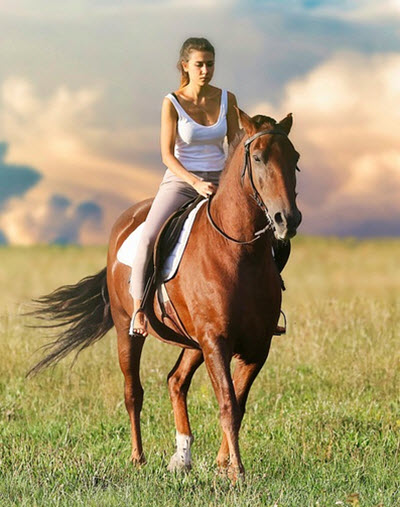 Before motorized transport, horseriding was an essential mode of transportation, and it still is in some parts of the world. Compared to having the horse pull a wagon, sleight or similar, horseback riding is less dependant on good roads and can be carried out even in rough terrains, such as steep inclines and dense forests.

A bit is a type of horse tack placed in the mouth of the horse, where it extends from one side of the mouth across to the other side, and rests on the bars of the mouth. The bar is a part of the horse’s mouth, between the incisors and the molars, where there are no teeth.

The bit is held in place with a brindle, and reins are attached to the bit through which the rider can communicate with the horse. A bit is usually made from metal, but synthetic bars are also available in the trade.

To communicate with the horse, the rider applies pressure to the bit (through the reins). When the horse does the desired action, e.g. turn right, it is rewarded by softer contact or a complete release of pressure.

The hackamore is an alternative to the bit. It is a headgear where a special type of noseband works on pressure points on the horse’s face, nose, and chin.

The earliest forms of a saddle is believed to have been a simple blanket attached by some form of girth. Over time, more padded and supportive designs were invented, and this eventually led to the first solid saddle trees.

The tree is the base on which the rest of the saddle is built. Today, a solid tree it typically made either from wood or from a synthetic material and covered in leather or leather-like synthetic. 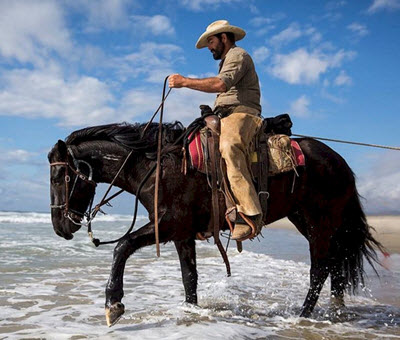 The solid tree provides a bearing surface that distributes the weight of the rider, which can be beneficial for the horse since it reduces the number of kilograms per square centimeter carried on any one part of the horses’ back.

Examples of horse races and other under saddle activities

Globally, this is the most common form of organized horse racing under saddle.

In the United Kingdom, it is known as flat racing.

This is a type of race where the horses also jump over obstacles, such as ditches and fences. One example of a well-known steeplechase event is the annual Grand National run at Aintree Racecourse in Liverpool, UK.

Examples of countries where steeplechase is very popular are Ireland, the United Kingdom, France, Australia, Canada, and the United States.

Why is it called steeplechase? Because in the early days of steeplechasing, the orientation of the course was by reference to a church steeple. Back in those days, steeplechase was about showing proficiency in traversing the obstacles of the countryside on horseback.

In Ireland and the United Kingdom, a distinction is made between steeplechasing and hurdle races, where hurdles are much lower than the steeplechase fences.

Showjumping, also known as open jumping or stadium jumping, is a common event at horse shows throughout the world and is even included in the Summer Olympics.

The course is filled with jumping obstacles such as verticals, spreads, double combinations, and triple combinations, and there are usually many turns and changes of direction. The aim for the rider is to make the horse jump cleanly over the set course within the allotted time.

This is an equestrian sport based on controlled long-distance races, often through beautiful natural landscapes and varying terrains.

Races are usually 50 to 100 miles (80 to 161 km), but 20 or 25-mile races are popular among beginners. Longer-distance events do exist as well, but they typically allow time for the horse and rider to get a nights rest between each stretch of the total distance. Riding more than 100 miles per day is generally not something that serious event organizers will permit.

There are scheduled stops along the race where the horse is inspected to make sure that it is fit to continue. Also, most arrangers have a rule stipulating that a veterinarian must be present at the finishing line and inspect the first horse to finish. Only a horse that passes the inspection can be declared the winner. This is to discourage animal abuse or other unsound racing practices.

Some events give a special award to the best-conditioned horse to finish in the top 10.